Although Elvis, the 2022 biopic movie had premiered in France at the Cannes Film Festival last May 24.2022, global theater showing begins only on June 24, 2022 After 45 days of theater engagement, the Elvis film starring Austin Butler of The Shannara Chronicles fame, can be vie1wed at home via the HBO Max streaming platform.

Why Austin Butler was Chosen Over Three Big-Named Contenders

The excitement over the movie’s release has been building up ever since it became public knowledge that Butler had bested big named stars like Miles Teller, Harry Styles and Ansel Elgort. According to Director Baz Luhrmann, although Harry Styles was in the running as his initial choice, he decided on Butler instead as Styles was already a music icon on his own. Apparently, Luhrmann made the right decision with Butler. The latter received standing ovations at the Cannes Film Festival for his outstanding portrayal of the controversial music legend. 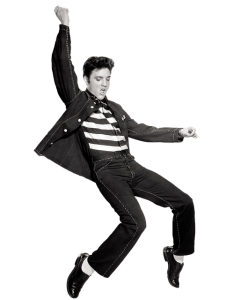 Olivia DeJonge portrays Priscilla Presley, which means the movie’s storyline will show that their relationship was not a whirlwind romance as many had thought. Ms. Presley had given her stamp of approval after seeing a pre-screening of the movie sometime in April. Through a post on Twitter, she commented that the movie tells the real story about the relationship between Elvis and his long-time manager Colonel Tom Parker. She remarked that director Baz Luhrmann was able to present the details artistically and creatively.

Who was Colonel Tom Parker?

Colonel Tom Parker, portrayed by Tom Hanks, who succeeded in managing Elvis’ career and helped him become the iconic rock and roll legend. He eventually had a falling out with Elvis as later reports revealed that as a result of gambling addiction, the Colonel had defrauded Elvis by as much as $7 to $8 million dollars.