Have you ever wonder what was happening around the movie production behind each scene? In reality, the movie world is full of hidden situations or happenings that, at all times, are not provided to the public for viewing. There are lots of editing process that are taken over even after the final scene has been taken. Production staffs still have to undertake a major task prior for the global release of the movie. It is to translate the movie via a content that should connect and understood globally.

Movie translation to a global content primarily utilize audiovisual translation. Basically, this type of translation refers to the transmission of verbal composition of a video presentation, films or television programs from one language to another in the entertainment, movies and ads industry. The most common type of audiovisual translation are the lip sync dubbing and subtitling. Even though choosing between the two is crucial, lip sync dubbing is the most trending nowadays in not only in the movie industry but also in the social media world. 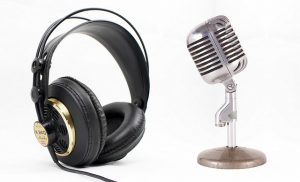 Mostly, lip sync dubbers in the social media became popular because of high number of followers and likers. That’s why there are many social media apps that allow dubbers to buy tiktok fans. However, how does lip-sync really works especially in the movie world?

Lip sync is the movement of one person’s mouth in conjunction with a pre-taped song or soundtrack.

Basically, it is an abbreviations of lip synchronization. Lip sync can be utilized in the film industry in times of dubbing an English movie into a foreign dialogue. However, lip syncing is more popularly connected into the music world. It is also used in television shows where a pre-recorded sounds is played instead of playing live music.

Lip syncing in the movie world

One of the most popular method of movie translation is the lip sync dubbing. In the movie industry, it typically works by replacing the original audio track with a pre-recorded sound having a new language. The countries that usually use lip sync dubbing are France, Germany, Italy, and Spain. Generally, this movie translation method is popular to countries with fifty million or more people.

Effects of lip syncing in filming

Below are some of the great benefits lip syncing in the field of movie and film making.

1. Lip sync provides a natural feeling of national identity and liberty.
2. The material of lip syncing is properly localized in every country where the film has to be released.
3. Lip sync is rooted from cultural resources.