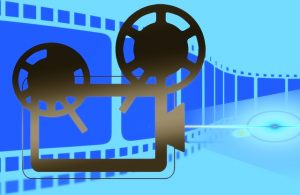 Why Drones are Becoming Popular These Days

The awareness on drones technology is continuously increasing because of its amazing qualities. If you are not that familiar with this new technology, it is understandable since drones are still not that popular worldwide and the drones industry is just starting to make the said technology more advanced and innovative for future use.

In the present times, a lot sectors and institutions have been using drones for different purposes such as defense, observation and monitoring great in-depth review. The military saw the real potential of this technology many years ago which is why they already started using this long time ago. They proved that the drone is true to its word. It is no doubt a life saver. A lot of soldiers were saved because of drones.

Also, drones are currently being used not only as a form of defense but also for regular people to perform regular tasks. Moreover, drones have gained attention and interest from lots of companies and it is getting more prospective investors.

According to drone developers, it is only a matter of time until this kind of technology will be well known all over the world.

To fully understand why we are making such a big deal on drones, we listed down current and future applications of drones:

1. Cinematography and aerial photography- there are numerous times when drones were used to film movies and other important events. For instance, in 2014, drones were used during the winter olympics to capture contestants who are snowboarding.

2. Faster delivery and shipping- developers said that in the near future, drones will be able to deliver our packages via air with no traffic. If that happens, then the delivery and receiving of package will be much easier and faster because there is no traffic.

3. Search and rescue- drones can also be used to rescue someone and the search and rescue team cannot seem to find the lost person. With the help of drones, the location of the lost person will be discoverable because drones will do the job of looking for places and areas that are hard to find.